In the world of water damages, the only thing worse than a leaky pipe is a leaky pipe you don’t know about! Unfortunately, this Diamond Bar homeowner found out about a pinhole leak in one of their walls just a few months too late, which resulted in an extensive water damage throughout the kitchen, living room and bathroom. Though water damage is never fun to deal with, this homeowner took the unexpected damage as an opportunity to give her lived in space a much needed update!
While much of the kitchen was demoed, we were able to salvage the origin cabinets. To give them a fresh new look, we updated them by installing sleek, white shaker style doors and brand new brushed metal hardware. This not only saved our homeowner money, but it also brightened up the space dramatically! The homeowner decided to go with a light periwinkle wall color that not only brought light into the space, but also complimented her existing black appliances. To continue the update, we installed a new, slate grey Quartz counter top that worked well with the black appliances and updated the space dramatically. This, along with a newly installed classic white subway tile back-splash and a new porcelain color gave this space a clean, streamline and modern feel. With the money saved from keeping the original cabinets, we were also able to paint the hallway and living room, and install new sinks in both the kitchen and bathroom! Leftover Quartz from the kitchen counter top was installed in the custom built bathroom vanity, and managed to tie the whole space together wonderfully.
Going into this project, one major concern our homeowner was was matching her new furnishings with her existing black appliances without getting the “checkerboard” effect. Luckily, thanks to her research on Kylieminteriors.ca and her fearless and exciting color pallet, this homeowner worked with us to create a cohesive, fun and beautifully updated space. 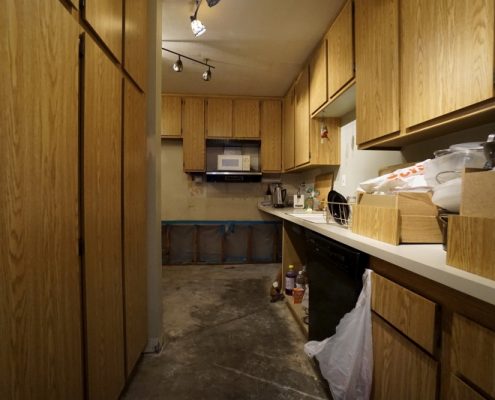 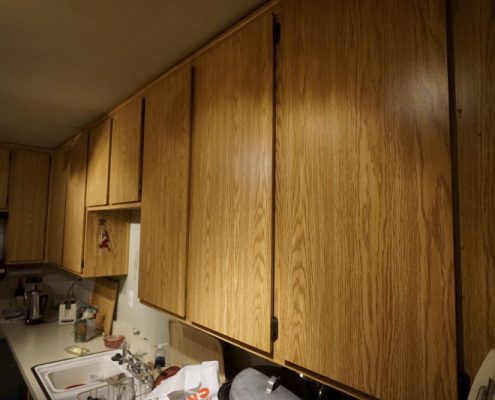 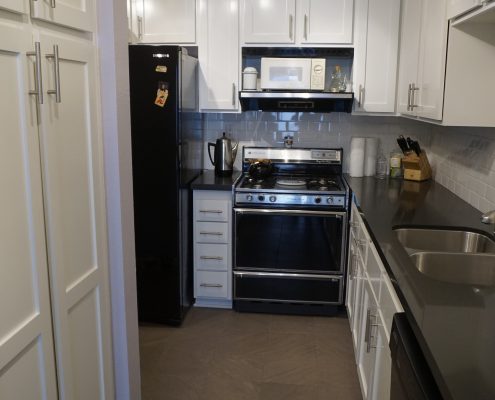 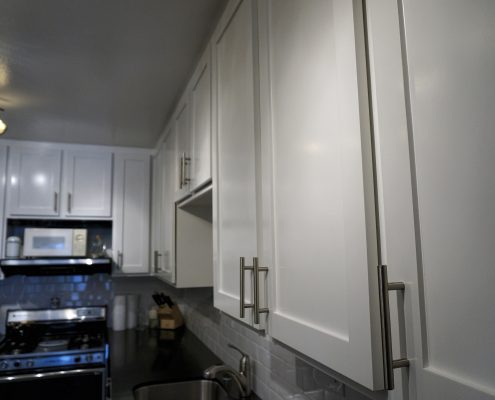 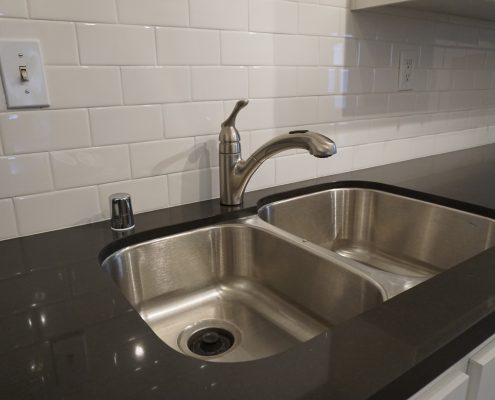 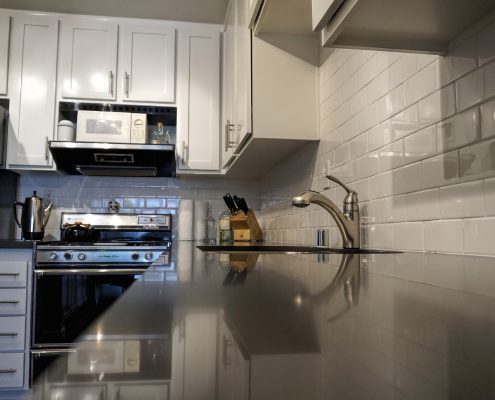 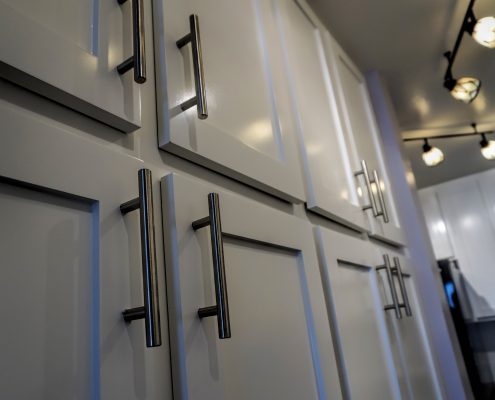 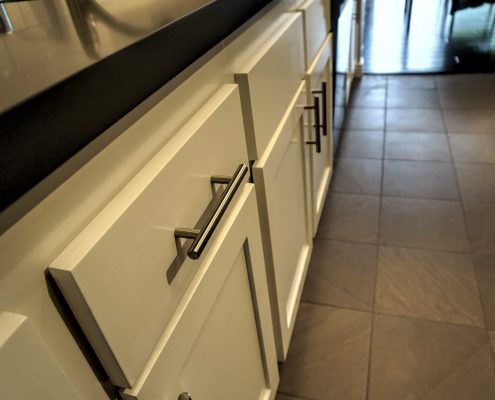 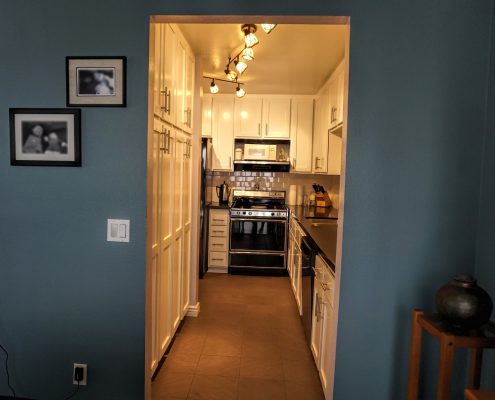 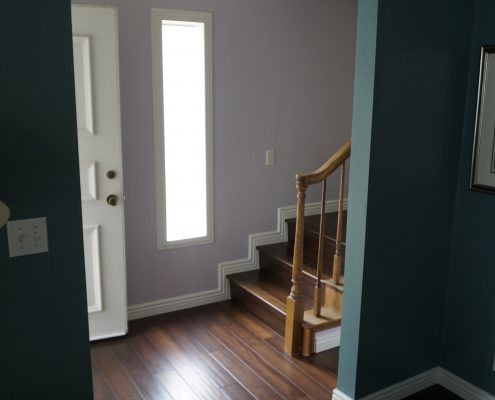